Oscar and Arabella – and Ormsby

Now by this time Oscar and Arabella had made quite a few friends so Neal decided to write a book about friendship. Ormsby is a woolly rhino – but he’s also a bit of a show-off. You can read about him in Oscar and Arabella – and Ormsby.

So by this time there were three picture books, and Neal was getting to know all about the ice age as he’d done so much research. 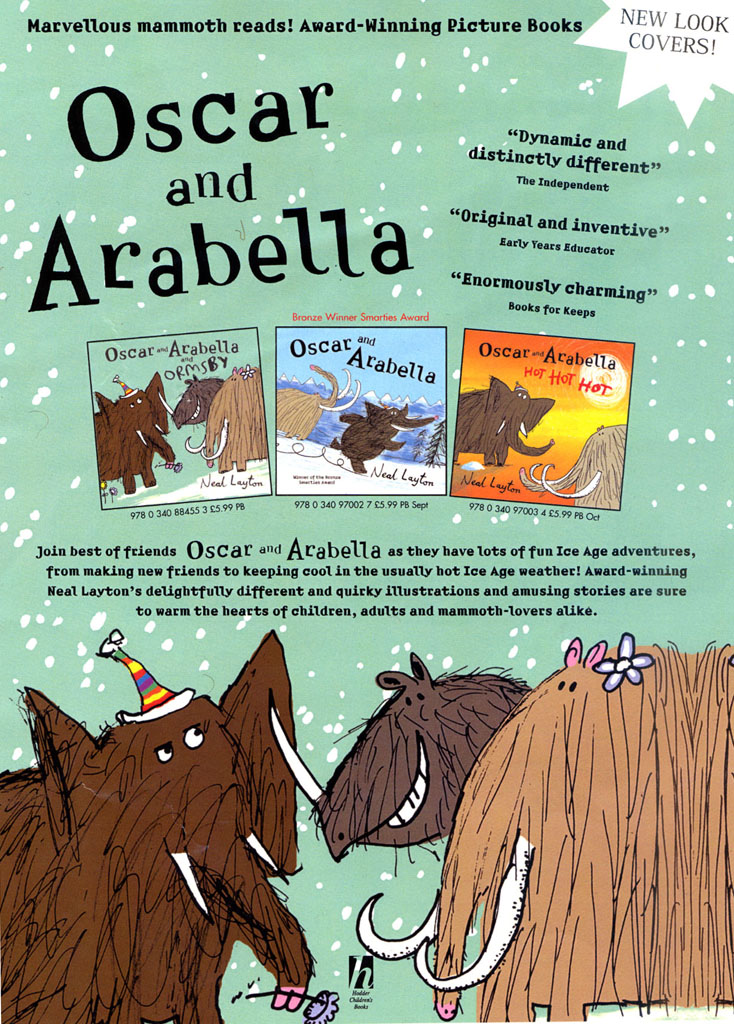 By the time Neal wrote his second book about Oscar and Arabella he’d become quite bothered about climate change. Of course, the woolly mammoths understood what it was like when there was a change of temperature too, so he wrote a book about how they might have coped in the ice age. Or rather when the ice age came to an end and the weather became so much warmer. 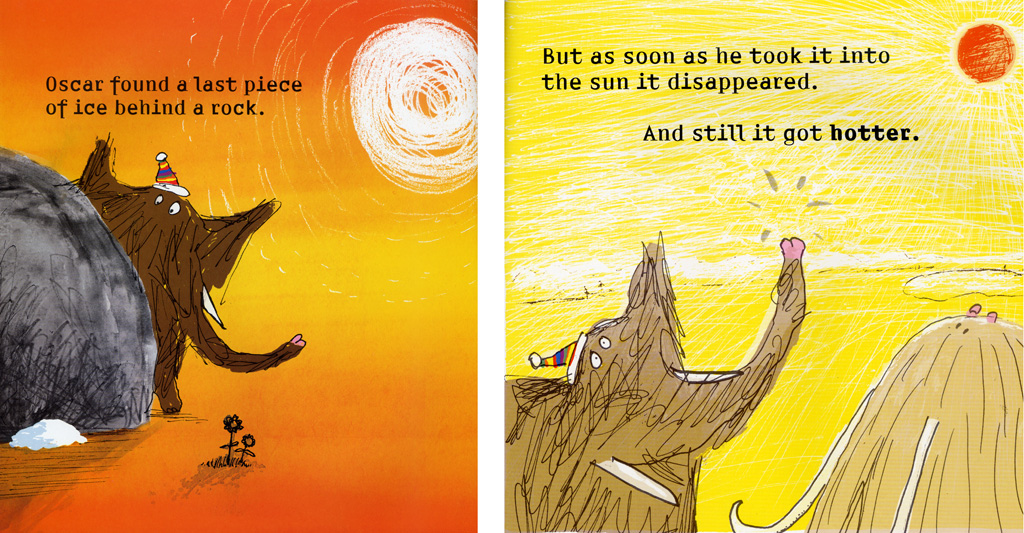 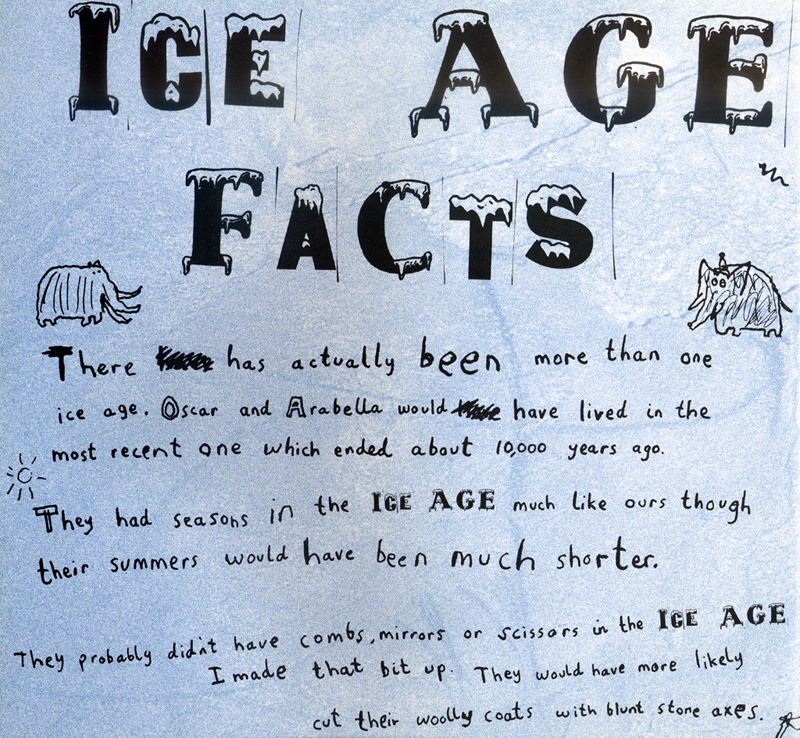 It all started with Oscar and Arabella. Neal Layton was sitting in a cafe with his girlfriend, Sadie, on holiday in New York. He said to Sadie, let’s both draw a woolly mammoth – and so they did. Neal drew a boy mammoth and called him Oscar, and Sadie drew a girl mammoth called Arabella.

When Neal and Sadie came home, a publisher saw the pictures and thought it would be a good idea to write a book about them, and that’s how the first book came about. It was just called Oscar and Arabella – and the book told us what fun they had living at the time of cave men.