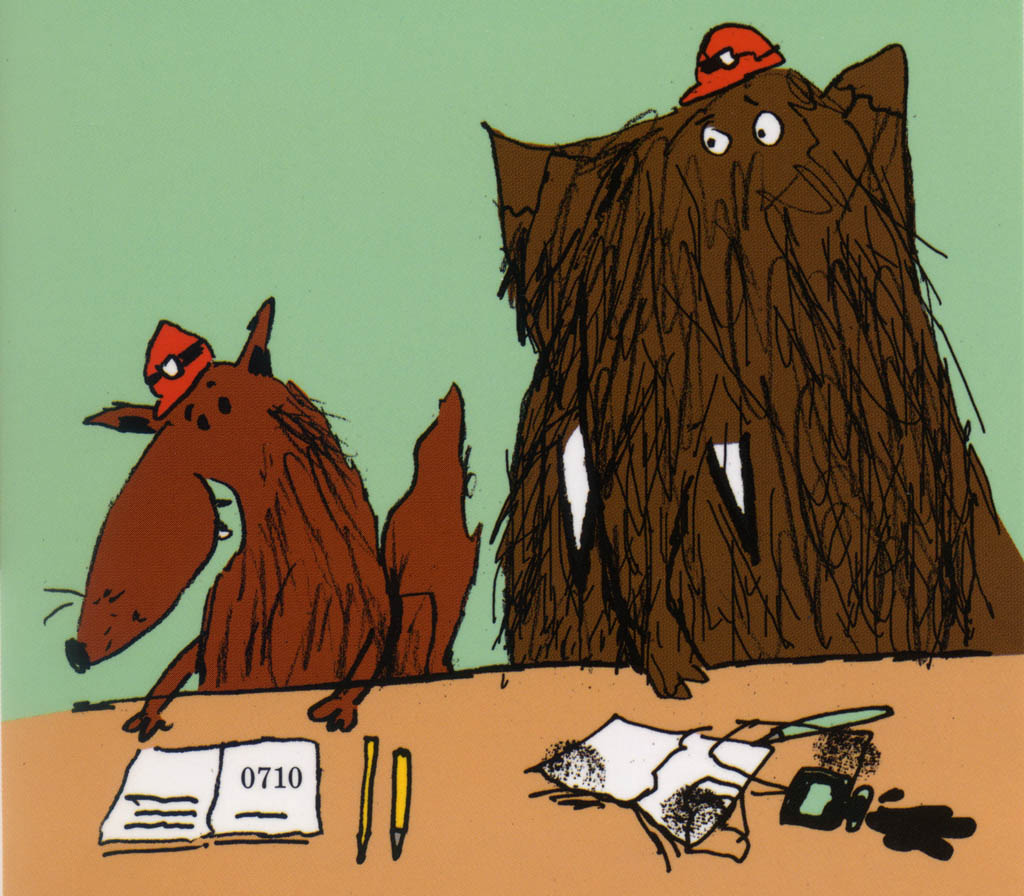 The three picture books about Oscar and Arabella (and Ormsby) then started to be read by children in other countries. Children in France, America, Korea, Denmark, Japan and the Netherlands were reading about them so Neal decided to keep going. He decided to write some stories for older children, and that’s when he had the idea for the Mammoth Academy. Oscar and Arabella could go to school, meet more people, have more adventures – and with any luck they would still avoid the cave men.

One of Oscar’s special friends was called Fox. Smelly, but good fun.

This entry was posted in Fox, Oscar. Bookmark the permalink.