Posted on 19 November , 2015 by Alison
Mammoth Academy in Japanese!
(Thanks to Andy Sharp at Hodder for the photo) 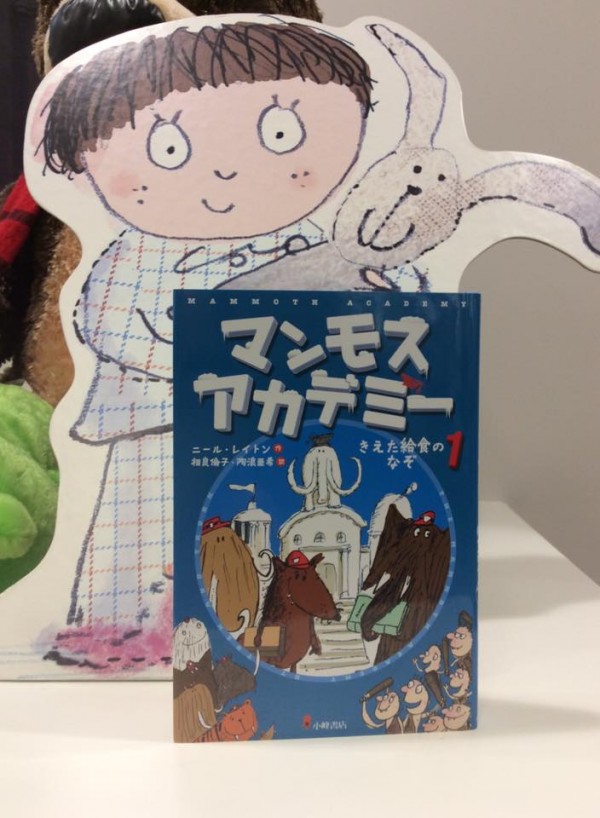 National Libraries Day in Southsea with Neal Layton (and Oscar!) 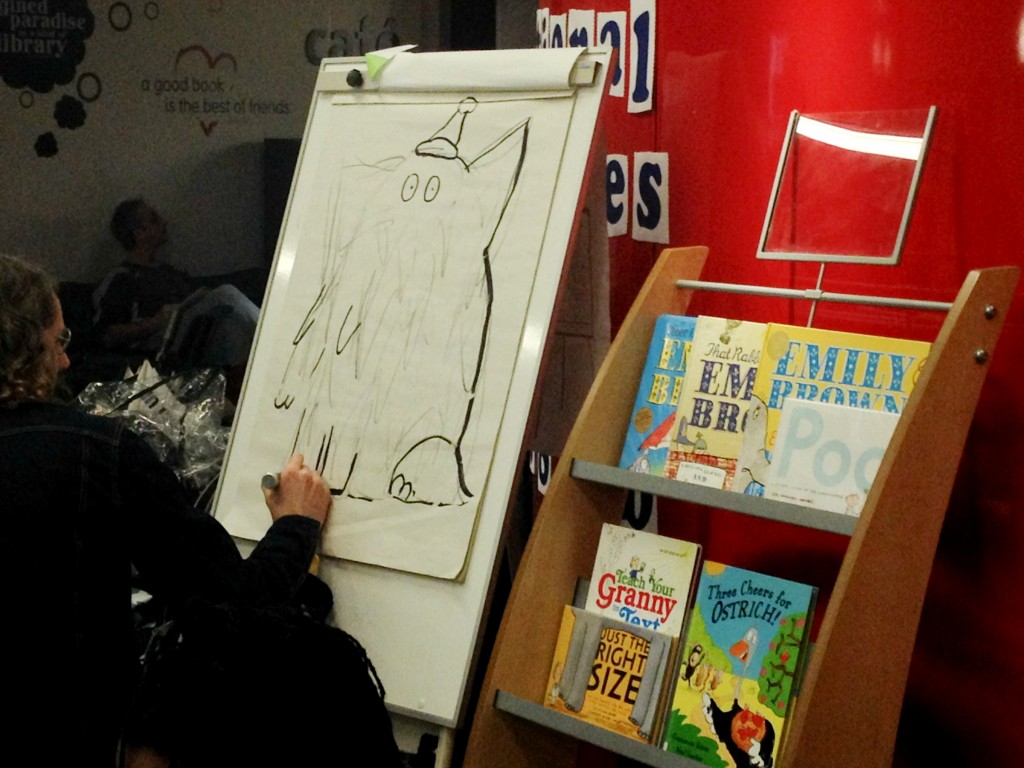 Neal does receive quite a bit of fan mail for these Mammoth Academy books and his others, like  The Story of Things. But now and then there’s a letter which particularly hits the spot. We thought this one from Dror was one of those:

“Hi, My name is Dror. I am in first grade. I love your mammoth academy books. Especially the part where mrs waft told them “I want you all to imagine you are tiny feathers floating on the breeze”. Please write more mammoth academy chapter books.”

Posted in Uncategorized | Comments Off 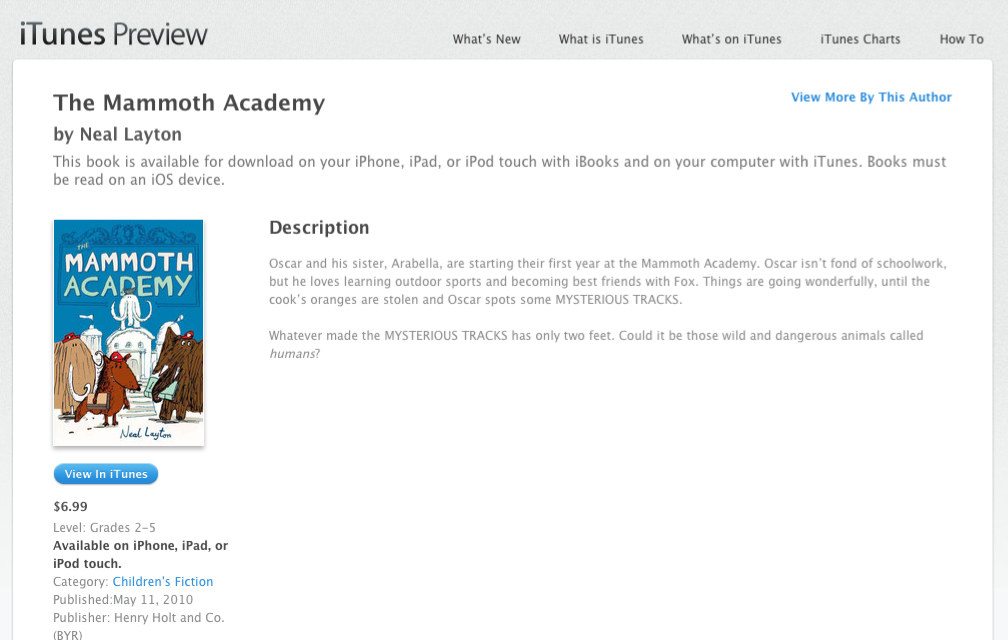 Now you can find Mammoth birthday cards and notecards in the shops. A card company called Roger la Borde have published a range of four cards which we think look very exciting. You can see more on their website. 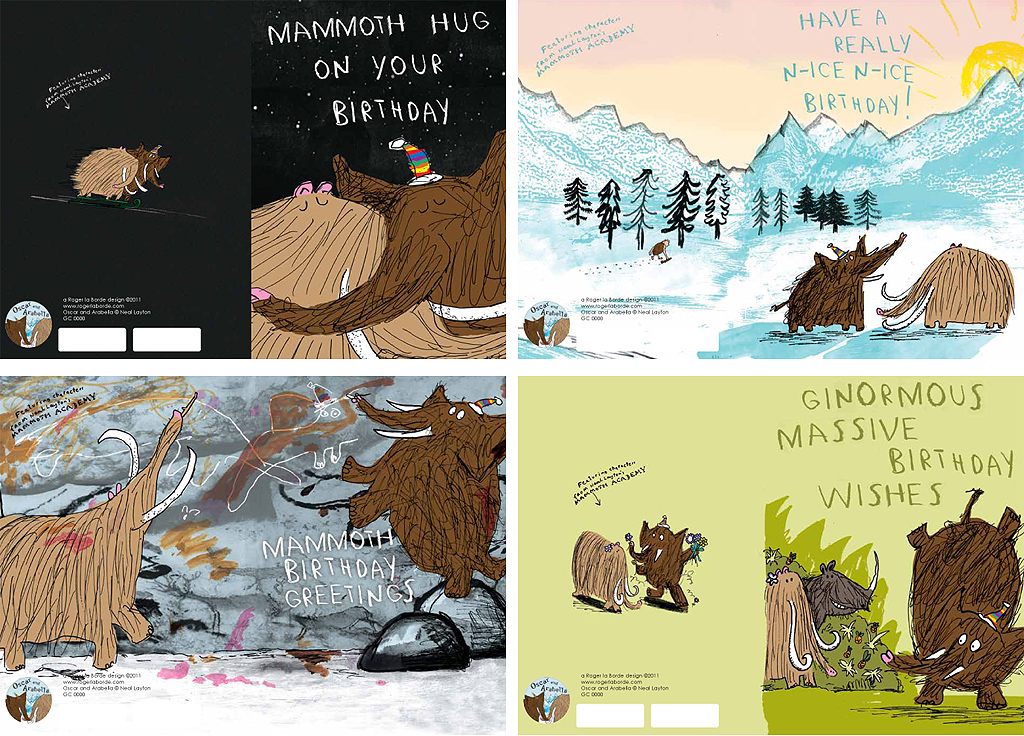 All over the world people are reading about Mammoth Academy

Suddenly, copies of the books started to appear in other languages. So many, that we had to take a photo of them to show you. The postman keeps on bringing more, and Neal likes to think of children in China, Canada, Italy, America, France and Japan, Denmark, Spain and The Netherlands, all reading about Oscar and Arabella. 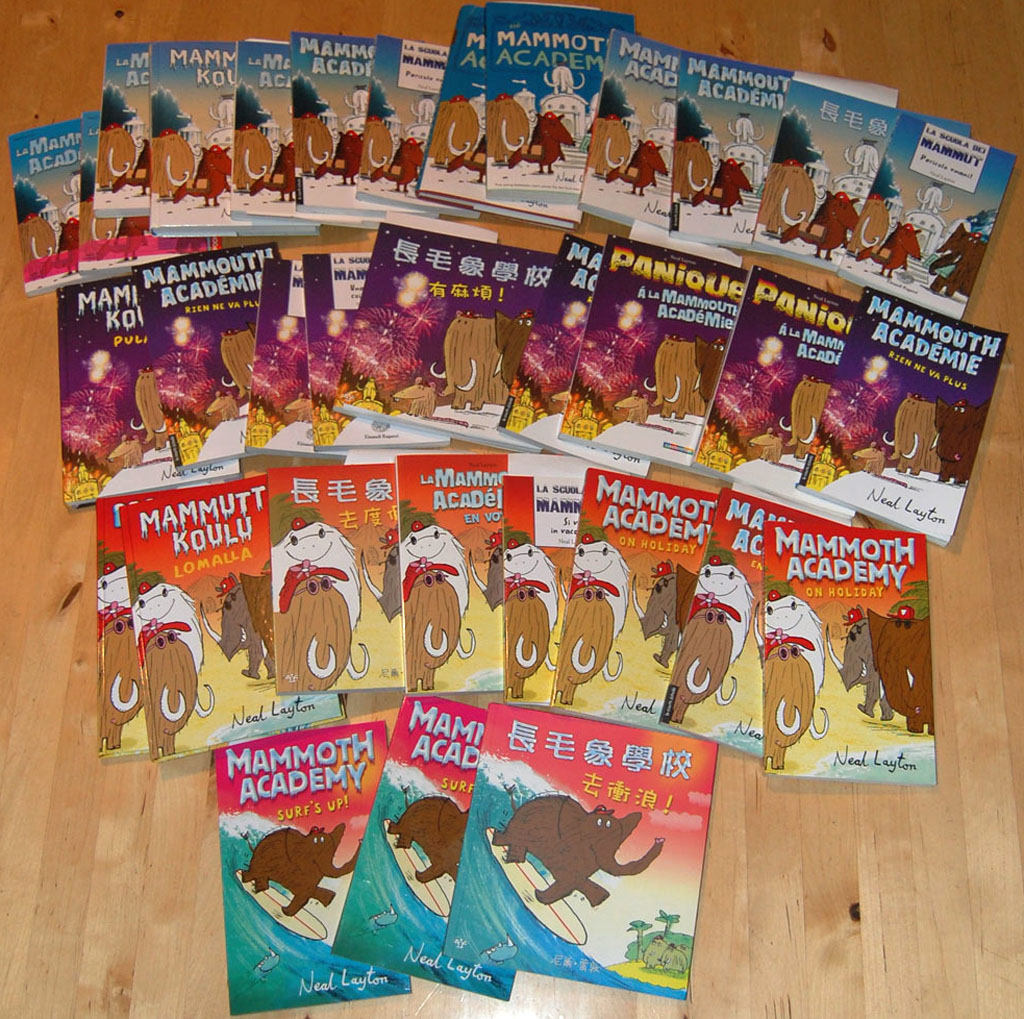 In the fourth book the mini woolly mammoths, Simon and Simone save the day. It’s just as well because the pupils of Cave Skool are just as annoying as ever. 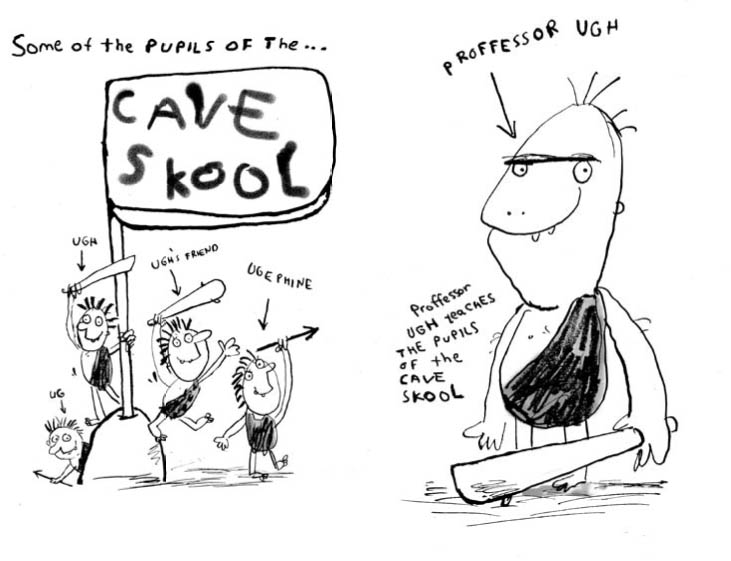 Posted in Cave man | Comments Off

This is the third book about the Mammoth Academy – and it’s time for all the students to go on a school trip. 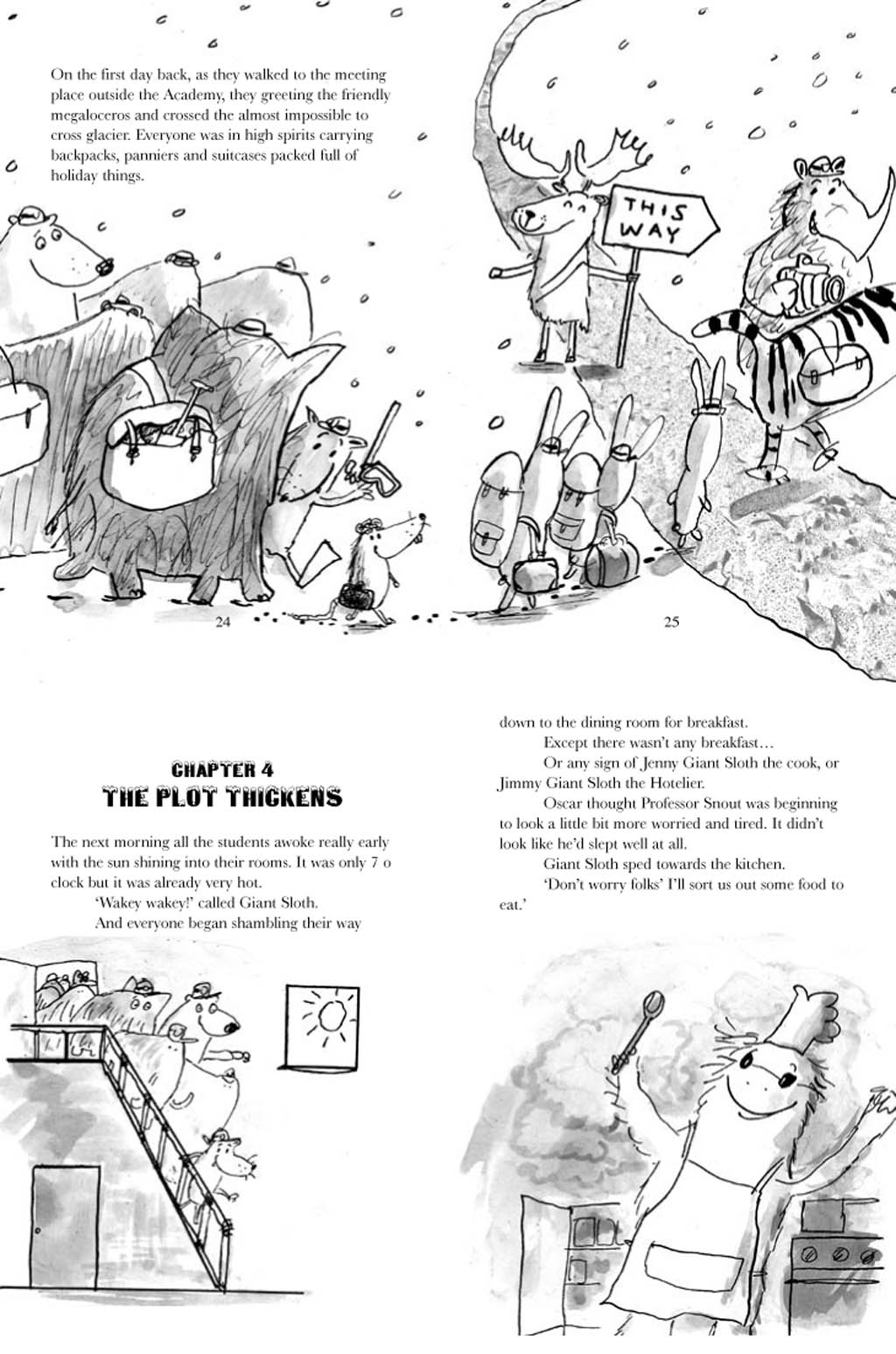 When Oscar and Arabella go back to school after the holidays there are all sorts of surprises for them. And the cave men are behaving very badly indeed. This is the second book about their adventures. 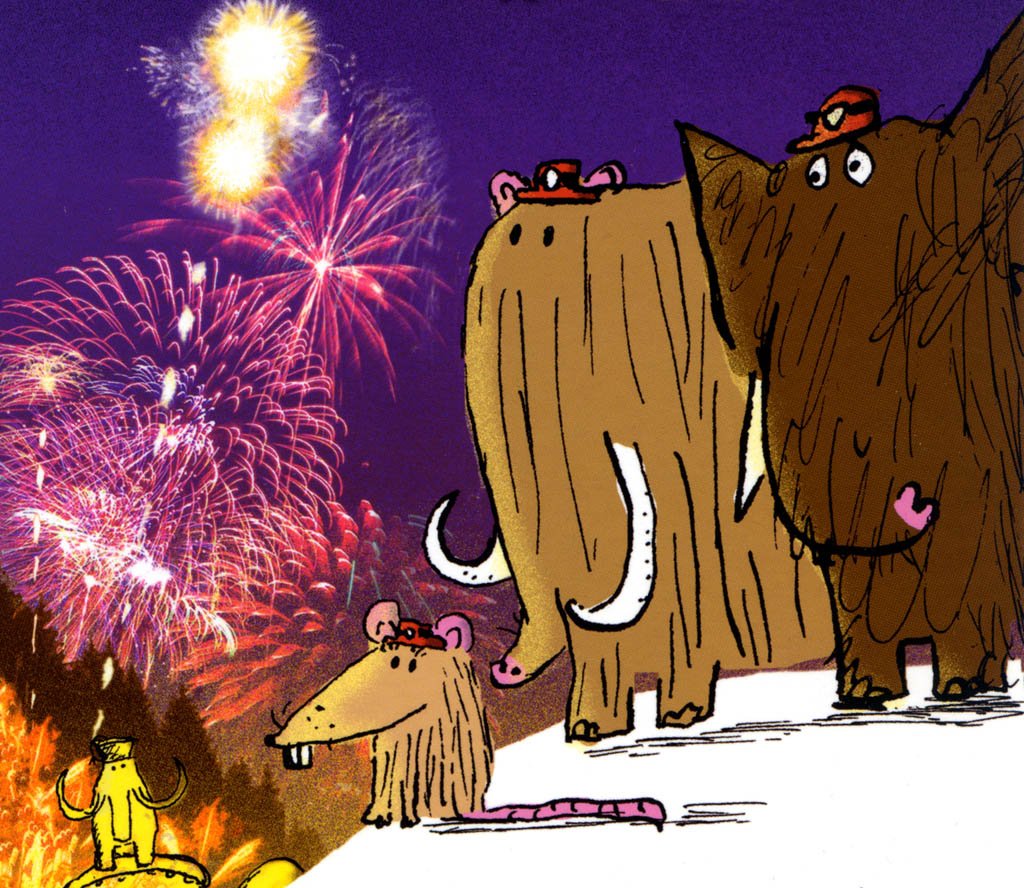 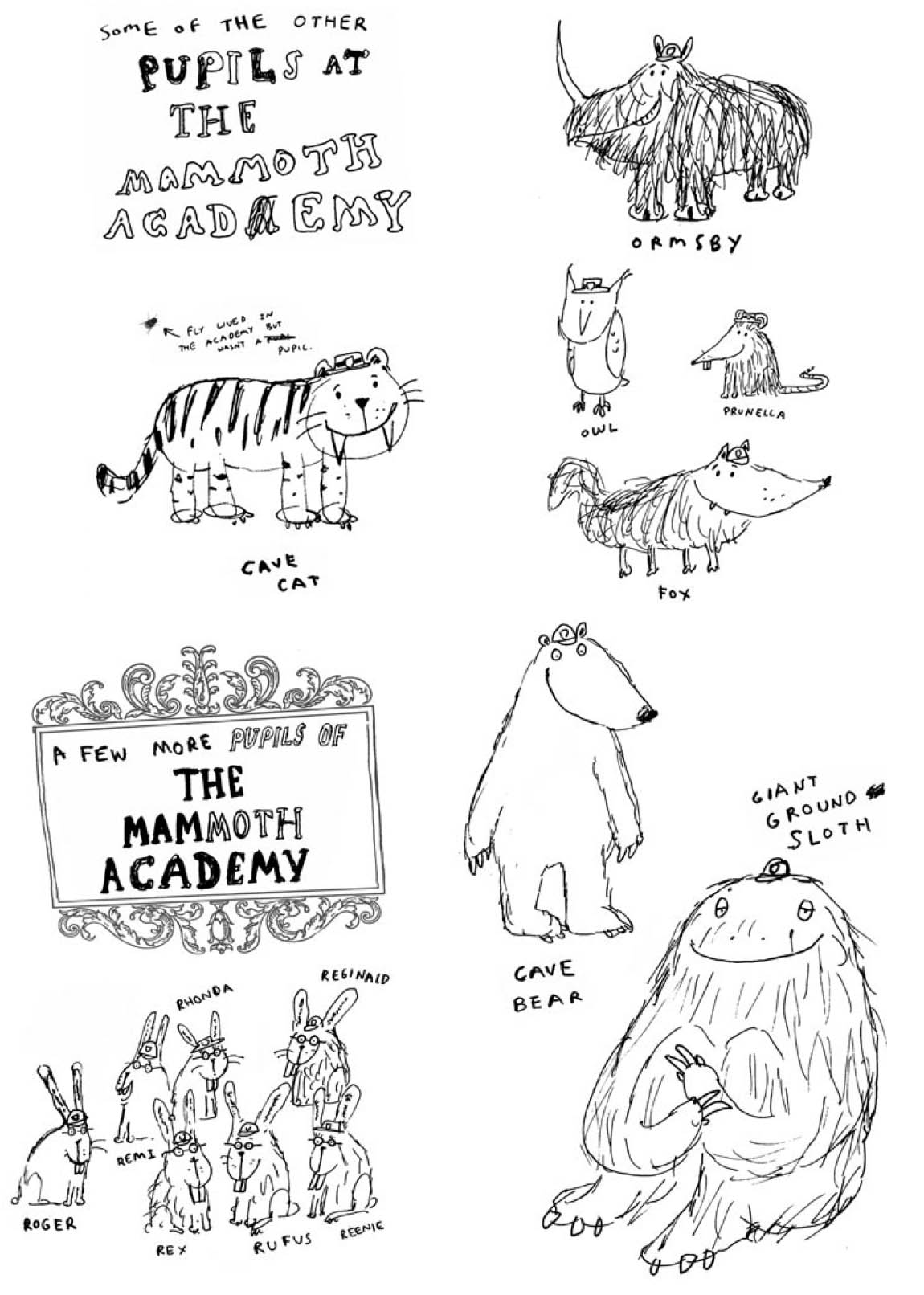 The three picture books about Oscar and Arabella (and Ormsby) then started to be read by children in other countries. Children in France, America, Korea, Denmark, Japan and the Netherlands were reading about them so Neal decided to keep going. He decided to write some stories for older children, and that’s when he had the idea for the Mammoth Academy. Oscar and Arabella could go to school, meet more people, have more adventures – and with any luck they would still avoid the cave men.

One of Oscar’s special friends was called Fox. Smelly, but good fun.

Posted in Fox, Oscar | Comments Off